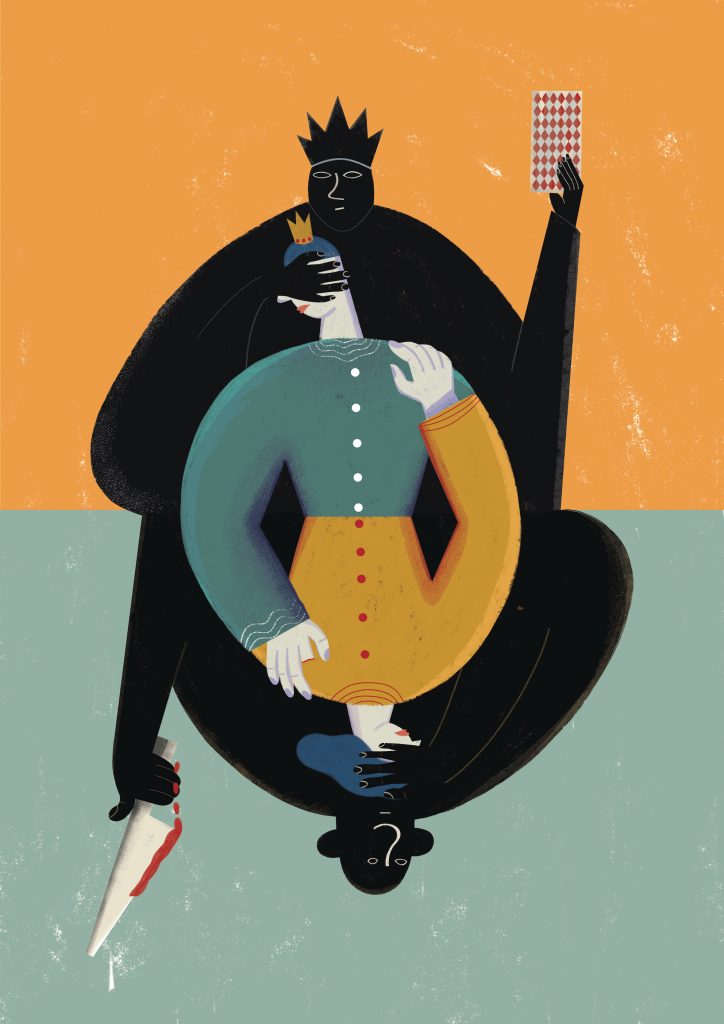 A boy stands on a lakeshore. Behind him is all he’s ever known. Ahead: a chance for love but a rather higher chance of death. He’s had a happy life, and a sheltered one. But his father gambled away that life, the debt cannot be paid in money and it won’t be his father who pays. Childhood is over…

Dominic Kelly, Bridget Marsden & Leif Ottosson combine storytelling and music into a playful and gripping performance. They bring to life an ancient full-bloodied fairy tale for modern audiences, weaving versions from Norway, Scotland, Ireland and India with contemporary Scandinavian folk music. Through it they explore the consequences for the young when older generations fail to make adult decisions.

“… Makes you sparkle from the inside out. Combining magical, haunting and melodic Nordic inspired music, played effortlessly by the superbly talented Bridget Marsden and Leif Ottosson, we were taken on an expertly crafted storytelling journey by Dominic Kelly. . The stage is stripped bare with no need for props of any kind… The simplicity of this makes for a truly inspired performance…” oneandother.com

“A bewitching fusion of storytelling and music that takes theatre right back to its origins… a magical night. Dominic Kelly… is a consistently engaging and energetic narrator… He brings the stories to life and deftly navigates the way through a multi-layered narrative. It is the music in combination with Kelly’s narration that makes this production so special. Violin and accordion duo Bridget Marsden and Leif Ottosson beautifully fuse enchanting Nordic music with Kelly’s prose” A Younger Theatre 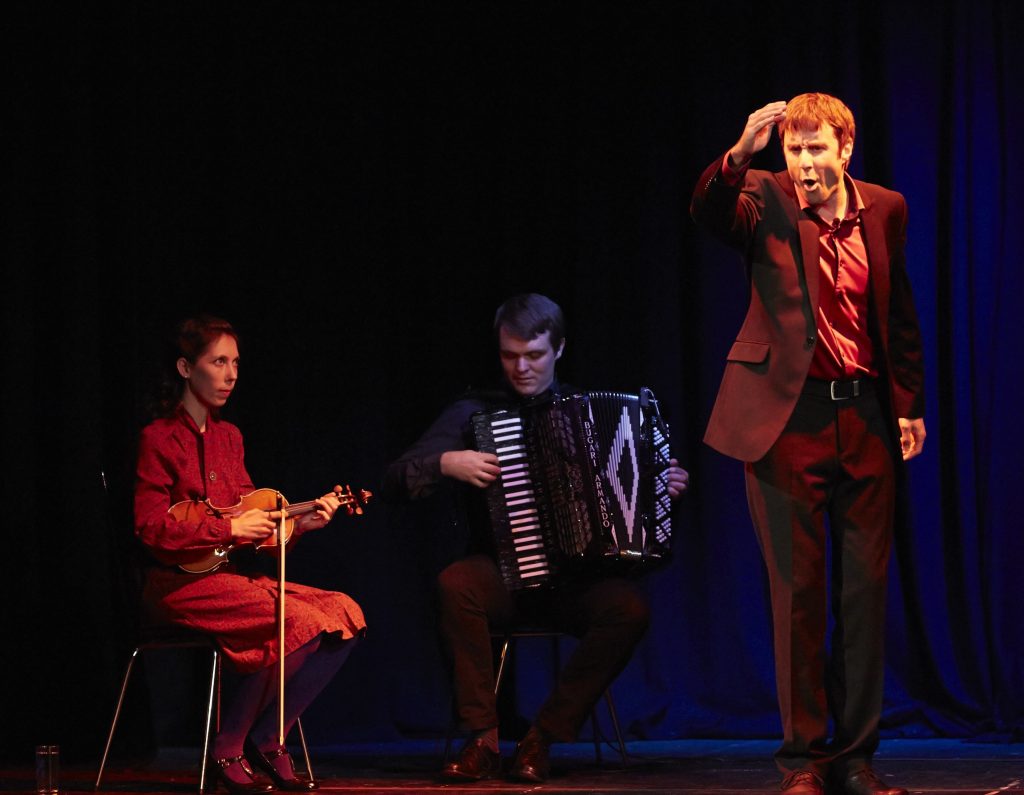 Alongside Dominic’s performances across 16 countries on 3 continents, UK venues include the Barbican, National Theatre & The Times Cheltenham Literature Festival. He directs storytelling and music shows for Norway’s national Riksscenen and is guest lecturer in Storytelling at sweden’s Royal College of Music. His show ‘Trickster’ was described by The Times as “Compelling, funny and heartbreaking…” and another, The Hero Light, as “ … gripping and satisfying… a rare event”.

Violinist Bridget Marsden was Artist of the Year at the Swedish Folk and World Music Awards 2016 and has become pre-eminent amongst a new wave of Scandinavian folk musicians.