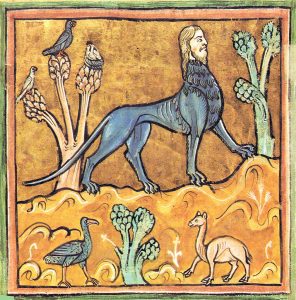 “In one revolution god is dog. In another, dog is god.”

But there are cracks.

From every nook and cranny of the world, Emily and Nick bring stories of Robin Hood, Coyote, and a host of questionable heroes.

Every moment is a revolution.

Who will have the last word? 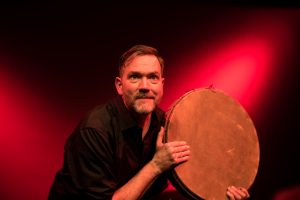 NICK HENNESSEY came to storytelling whilst undertaking field research for a PhD in Cultural Geography.  At this time he became a professional singer, songwriter and storyteller with a fundamental interest in the relationship between landscape, communities and stories and the re-invention of tradition.

He has been telling stories for more than 20 years, performing at venues such as the South Bank Centre and Royal Albert Hall. He is particularly inspired by North European cultural traditions and has been awarded high honours in Finland for his work on their National Epic, Kalevala.

He is a sought after artistic collaborator, working with top of the field musicians and storytellers. He has broadcast documentaries for BBC Radio 4 and his musical work has featured on BBC Radio 3’s Late Junction.

EMILY HENNESSEY is a bold and dynamic performance storyteller. Playful, imaginative and daring to take risks, Emily tells myths, legends, epics, folktales, fairytales and fables from around the world. With a Swedish background, Emily has a particular passion for Norse mythology. Work and travels in India have also infused a great love of Hindu myth and epic.

Emily came to storytelling while studying Drama & Theatre Studies at the University of Kent where she met storyteller Dr Vayu Naidu. Emily completed a storytelling apprenticeship with Vayu and later trained with Ben Haggarty. Emily has also had the privilege of training with Indian Pandvani performer, Ritu Verma.

Emily’s work is often described as intelligently composed and beautifully performed, while her storytelling style is said to be warm, captivating and witty, delighting audiences of all ages.

Recent performances include the Delhi Storytelling Festival, tours of India with the British Council, British Museum, Royal Opera House, Soho Theatre, Shakespeare’s Globe and Beyond the Beyond Storytelling Festival as well as work in Japan and across Europe. Emily is a key member of the Pandvani108 ensemble with whom she has toured theatres and music festivals across the UK.