“On the night of the 13th September 1922, fires were started in Paradise…”

State of Matter: Tales of Burning is a weave of stories around the theme of Fire – a state of matter that destroys, purifies and transforms.

It begins with the Great Fire of Smyrna in 1922, from which Vergine’s Great Grandmother fled as a refugee.

A tragic love-epic at its heart – about burning passion – that was told and sung, throughout the Caucasus region, at the turn of the century.

On the journey, we explore the distinguishing features of identity, culture, language, family, homeland and what unites us beneath all that.

A woman goes on a great journey, from her world into our own, from eternal youth to mortal suffering, from passionate first love to the strength of love rediscovered, from vision to understanding. 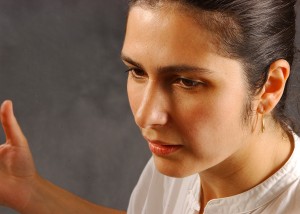 “It was beautiful – so connected, superbly crafted and delivered with effortless simplicity. You allow us to really dwell in the moment, to linger in the narrative and images of the story – I think this is a rare and lovely quality.”  Nell Phoenix, Torriano Storynight.

I began performing traditional tales in 1991 after I saw three performances that touched me to the core. I was interested in performance and studied drama, but what I came across in traditional tales opened a door to a treasure house that I had almost forgotten. I visited it as an open-eared child when my family spoke to me in my mother-tongue – Armenian. My interest led me to research the rich Armenian oral tradition- co-producing a documentary video with Richard Eayrs about the ashugh (epic singer) tradition in Armenia, and writing an M.Phil thesis at Oxford University about storytelling amongst Armenians in differing contexts.

Performance Storytelling is a form which allows the storyteller to research material, compose shows, test them out on live audiences and rework them, in the moment.  The shows I create are based on traditional tales and epics and I perform them in venues that include the South Bank centre, the Battersea Arts Centre, the British Museum, the Barbican Pit and the Soho Theatre.

I was ‘Storyteller in Residence‘ for a project called Storytelling across cultures, bringing traditional tales to schools and community centres in Oxfordshire. It has been a pleasure to work with the Story Museum and with Education Staff at the University Museums in Oxford performing stories around exhibitions, often combining science and story. More recently I’ve been regularly invited to perform at international storytelling festivals and I have been working in schools, sharing the joy of telling and listening to stories with pupils and teachers.

To share a traditional tale so that teller and audience are listening and living it moment by moment is a rare privilege. This is what I’m listening for in performance – for a group of children in school, an adult audience in a theatre, visitors to a museum, or families at a festival.