The story of the world’s wildest goddess 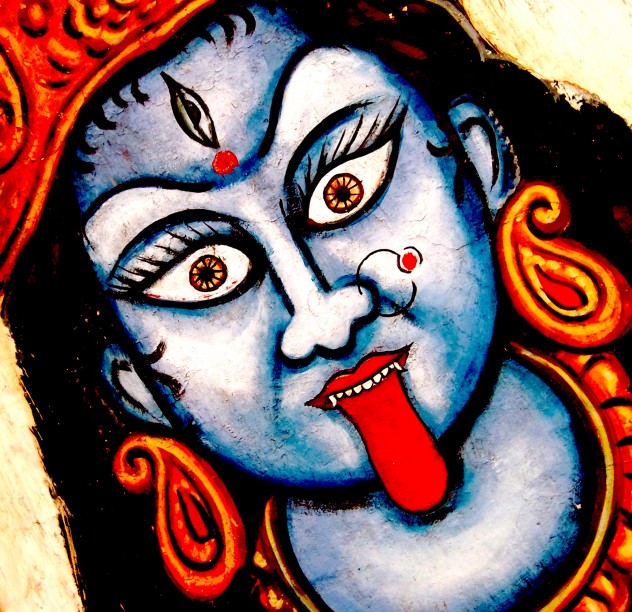 Kali is one of the wildest shape-shifters of all. Demon-slayer, Life-saver, Supreme-Mother, Destruction-dancer, this goddess is truly Awesome.

When an evil power spreads its clawed hands across the world, Kali’s time has come… 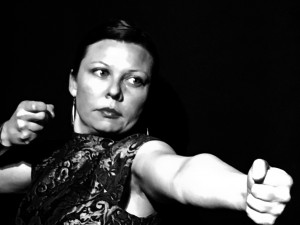 EMILY HENNESSEY is a bold and dynamic performance storyteller. Emily’s work is often described as intelligently composed and beautifully performed, while her storytelling style is said to be warm, captivating, bold and witty, delighting audiences of all ages.

Work and extensive travel in India have kindled in Emily a great love of Hindu mythology. Emily has travelled over 10,000 miles across India by train, bus, rattling rickshaw and rickety bicycle. She has lived and worked with a yak-herding family on the Tibetan plateau, studied Kathakali dance-drama in Kerala and spent several months at the Kattaikkuttu School in Tamil Nadu, learning from the children who perform stories from the Mahabharata through music, dance and song from the age of 4.

Emily came to storytelling while studying Drama & Theatre Studies at the University of Kent where she met storyteller Dr Vayu Naidu. Emily completed a storytelling apprenticeship with Vayu, and later trained with Ben Haggarty. She’s also had the privilege of training with Indian Pandvani performer, Ritu Verma.