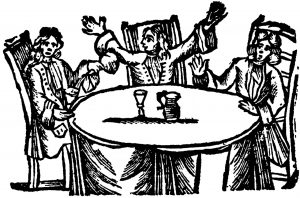 In Norfolk to ‘mardle’ is to gossip. This is a programme of folk-tales, legends, memories, music and songs from the gossiping acres of East Anglia.

In turns funny, frightening, bawdy and playful, it celebrates the folk imagination of Norfolk, Suffolk, Cambridgeshire and the Fens, conjuring some colourful characters in the process – Charlie Wag, Jack Ostler, Tom Hickathrift, the Parson of Sedgeford, Tom-Tit-Tot, John Chapman the Peddlar of Swaffham, and the wonderful tale of Jenny Wing and the Horses. 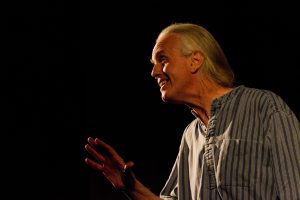 Hugh Lupton (the great nephew of Arthur Ransome) is one of Britain’s leading storytellers. He has been a professional storyteller since1981. He tells stories from all over the world, but his particular passion is for the hidden layers of the British landscape and the stories and ballads that give voice to them.

He is also a lyricist and a novelist and many collections of his retellings of traditional tales have been published.

“Hugh Lupton is a teller of great intensity and subtle power.”
Sing Out Magazine. U.S.