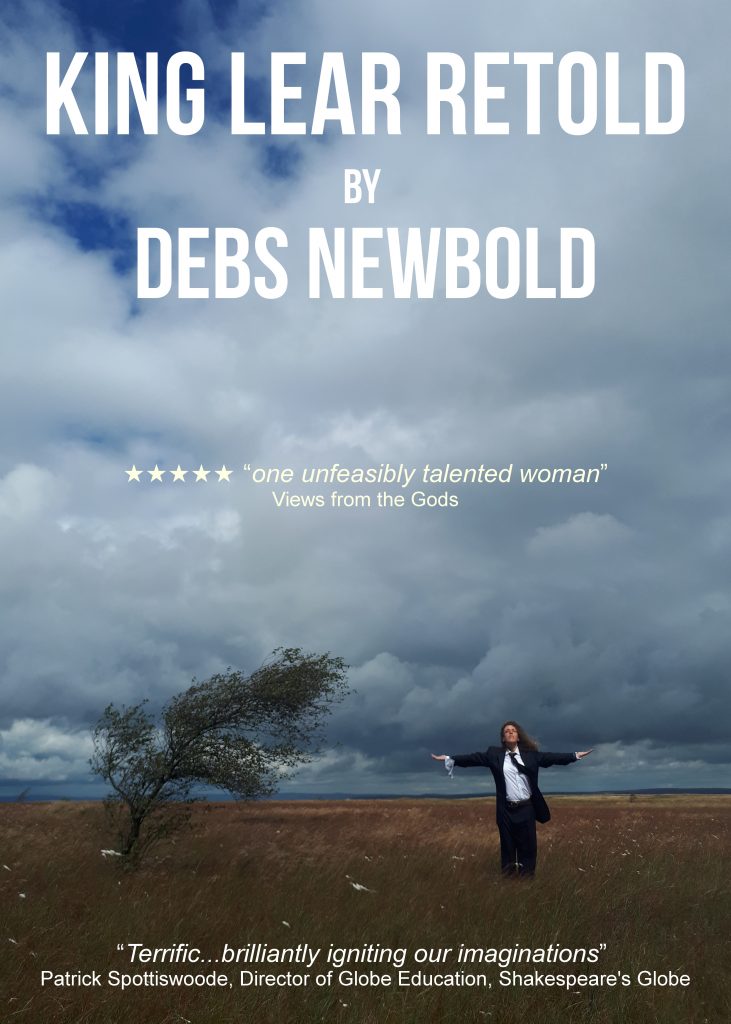 Tell me my daughters…which of you shall we say doth love us most?

Dark and challenging, epic and shocking, human and uplifting.

With this explosive, emotive retelling of the legend of Lear, King of the Britons Debs Newbold channels her love of Shakespeare’s language to whip up a great storm that will snatch you from your seat and send you hurtling into its bloody centre.

Created for a sell-out show at The Hay Festival, performed to acclaim at Shakespeare’s Globe, this is a storytelling event you cannot miss. 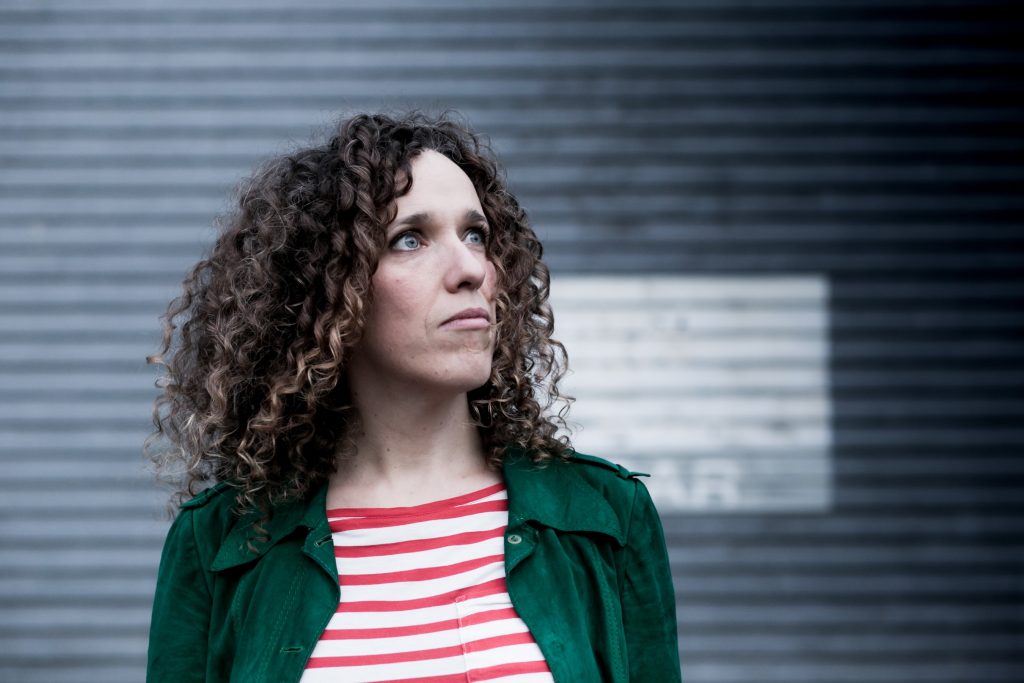 Award winning theatre artist Debs Newbold’s powerful work brings together the poetic and the irreverent, the ancient and the defiantly modern.  Debs is one of the UK’s leading performance storytellers, creating fresh, playful work that can get deep under the skin.  Her charisma and innovation has seen her work for prestigious venues such as the Royal Opera House,  the Southbank Centre, Hay Festival and Shakespeare’s Globe among many other theatres and festivals both in the UK and internationally.

Debs’ work consistently seeks out ways to bridge the divide between performer and audience.  Her genre-defying collaborations with renowned director John Wright (Told by an Idiot) have heped re-define contemporary storytelling, resulting in two acclaimed shows; Under Her Skin & Lost In Blue.  Her one-woman adaptations of Shakespeare’s tragedies have toured internationally.  Debs is Storytelling Consultant for Shakespeare’s Globe and is currently directing actors in a season of Shakespeare-inspired solo performances for children in the Sam Wanamaker Playhouse.

Debs also recently directed the devised show FERAL, featuring performer Sonya Morrhead and a live band, which will tour in Autumn 2018.  This spring she wrote and performed the book for Will Pound’s gig theatre tour Through The Seasons. In late 2017 she wrote and performed the monologue I Cannot Sleep, part of a chart topping podcast series for Historic Royal Palaces.  She is also a FUSE playwright mentee at West Yorkshire Playhousefor whom she is currently writing her first play.

In 2018-19 Debs will embark on a third storytelling collaboration with John Wright, Outrageous Fortune, which will examine Hamlet from a woman’s perspective. This will be made in association with Square Chapel Arts Centre (where she is Associate Artist) and Greenwich Theatre, London with support from Arts Council England.

Twice voted one of the top five performers at the Towersey Festival (the only  theatre artist in its fifty year history ever to achieve this), Principal Storyteller for Shakespeare’s Globe and winner of the Summerhall Acting Award at the 2016 Edinburgh Fringe, Debs – collaborator & instigator, word wrangler & crowd tamer – is a Brummie force of nature.  And she makes a good cup of tea.

★★★★★”one unfeasibly talented woman” –  Views from the Gods

★★★★“one of the UK’s top storytellers” – Broadway Baby